YOU GUYS I AM SO FREAKING HAPPY RIGHT NOW! WHO HAS A COMPLETE (…I think) ZING SET?

Why, that would be me since I snagged Cherryzing for $5.50 BIN last night from an Aussie eBay seller.

Here’s an emotional family reunion photo from a few years back of my initial Zings. Aren’t they gorgeous?

Missing from the group photo is the gorgeous Mangozing (below), which I found for $3.00 at a dusty market stall at Paddy’s. I remember coolly paying for the polish and quietly losing my shit as I ran away. Best day EVER. I must tell you though about the tiny cardboard box of fucking mental vintage polish at Paddy’s Haymarket – EVERY time I go there it has new stuff in there (and by new I mean new to me) and I have pulled out some freaking amazing polishes. WHERE DO THEY COME FROM? I NEED TO KNOW THE SOURCE. I could just ask the nice man who owns the stall but I am pretty sure he already thinks I am completely batshit. But I love you, vintage polish portal to the past cardboard box everything $3. I LOVE YOU.

Anywho, Cherryzing (below) can now be crossed off the list! (The list is going rather well this year I must say…) Along with Cherryzing, I also found myself with bottles of Brrberry, Brazenberry, Violet Extreme, Crimson Sparkle and Wild One. Violet Extreme and Wild One are mystery purchases based on poorly lit eBay photos so fingers crossed I stumble on some gold!

As for the Color Zing line, from this article, it looks like the collection launched in January 2000. Almost 15 years ago! And yep, it’s still good. Throw out your polish after 12 months? PFFFFT.

Now, nine polishes in a set is an odd number but I honestly have never seen or heard of anymore in my numerous years trawling for vintage polish. However, I did come across a lipstick called Plum Zing, but I haven’t ever seen a polish of the same name.

But if you’re a fan of my blog, you’ll know there’s another line of Color Zing polishes as well, and as far as I can see they have only been released in Europe. The majority of mine were found in France with the last one found in the UK. Hmmmm. 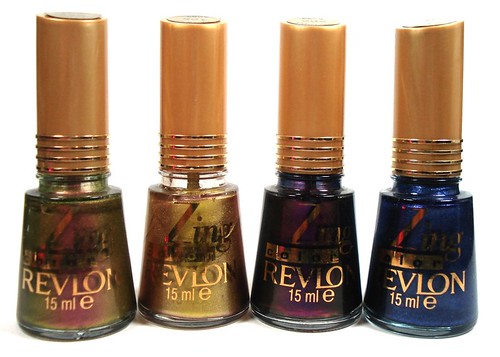 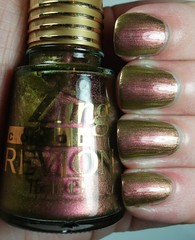 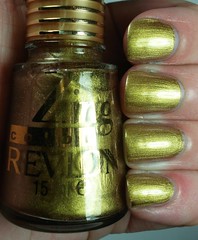 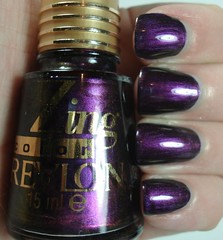 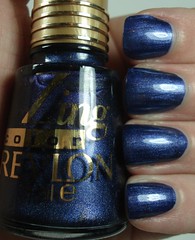 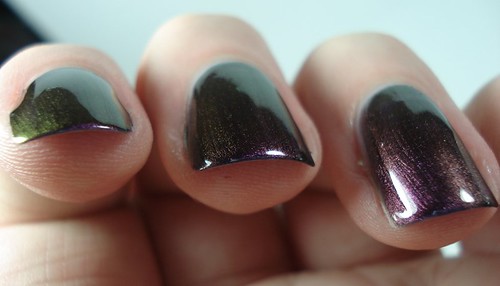 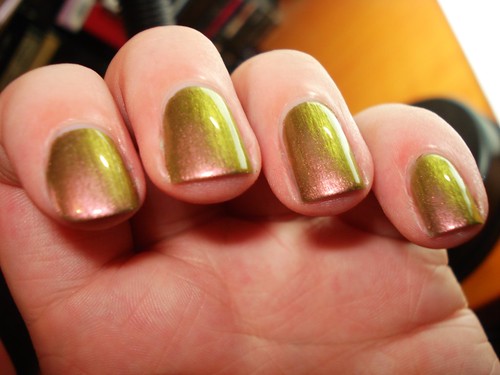 Junglezing
These are my four. Common sense tells me there are six, since I know I am missing the gorgeous Velvet Zing (via Polish and Plants).

Velvetzing
But as for the sixth one – well that remains a mystery. Or maybe not. I found this polish via a Google search. A warm pink duochrome called Sexyzing. It definitely fits with the name, but the bottle is very different. I’m just hoping this is the missing shade in a weird bottle and not yet another line of Zings I need to track down and collect!! 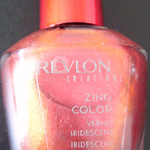 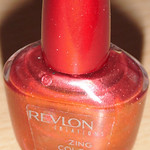 Sexyzing
But then there’s also the Top Speed shade Daring. Which has the absolute WORST formula. While it doesn’t have Zing in the name, Jacqui from The Scholarly Nail’s bottle has Color Zing sticker on the brush. Weird huh? Who knows where it fits in? (I must note I also found this in the magical time-traveling cardboard box at Paddy’s Haymarket). 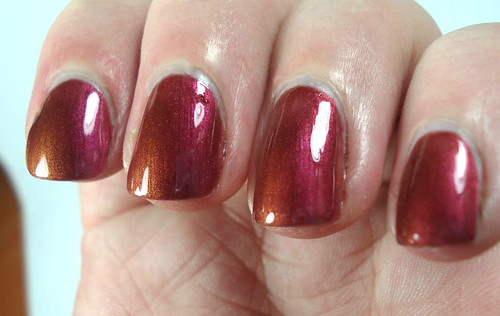 I hope you have enjoyed this confusing and in-depth look at these frustratingly rare beauties. I’ll snap some pics of my new Revlon babies once they arrive wooooohoo!