I have a love/hate relationship with the OPI Designer Series line. If my memory serves me correctly, the line launched in late 2007, possibly 2008 but I am pretty sure 2007 was the year.

To be honest, they were pretty revolutionary. OPI’s “Diamond Dust” particles (aka Spectraflair) were pretty much unheard of in the nail polish world back then, unless you were lucky enough to own a bottle of Chanel Holographic or a few lesser-known Avon releases. The chance to wear a rainbow on your nails was a brand new concept for the salon polish loving community. Sadly, it also came at a price. Almost double the cost of a regular OPI shade. I don’t remember what the RRP was back then, but I do remember the DS line was hefty in price. China Glaze came along soon after with the OMG line, which made the OPI DS line seem even more of a rip off by comparison. 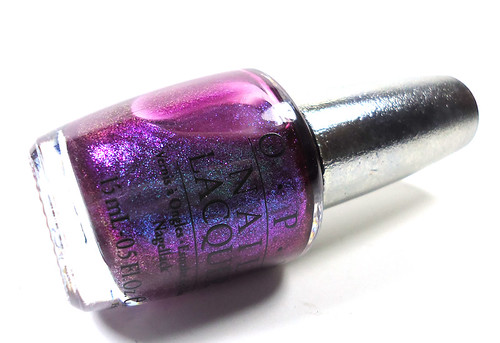 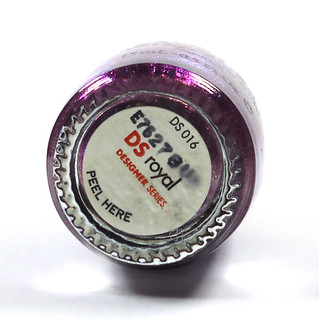 But that being said, you got plenty of bang for your buck – each polish came in luxurious window box packaging with beveled chrome caps. Shiny. I’m not sure if the DS line still comes in standalone boxes. In fact, Royal is the only one I can remember buying that did. DS shades I have bought since then have just arrived in bubble wrap, but maybe it depends on where you buy them from. 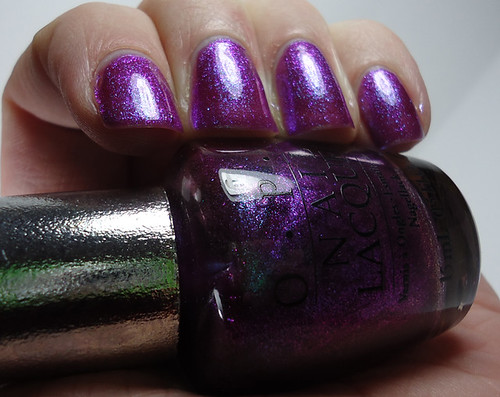 I did buy Royal brand new when it was released, but ended up gifting it to a friend once it was discontinued. But a few months ago, Royal returned to me when another wonderful friend was having a destash (still tons of great vintage stuff, check it out!) and I thought why the hell not. DS Royal arrived with two equally sexy buddies – OPI Midnight Blue Glitter and the elusive Essie Asian Amethyst. I’ll have to get to those later. 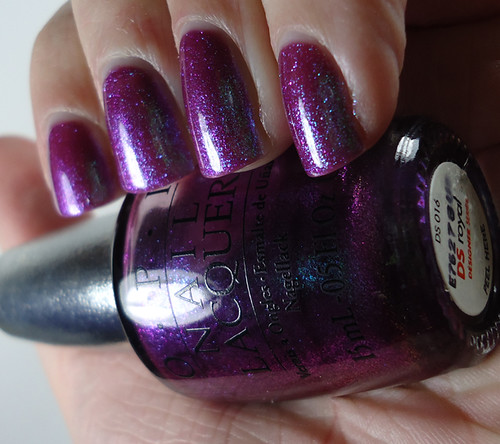 While I am pretty sure no diamonds were harmed in the making of this polish, DS Royal has gorgeous blue/purple colour shifting ‘glass fleck’ (synthetic fluorophylogopite or calcium aluminum borosilicate depending on the polish) in a purple jelly. Application was smooth and flawless, although I still had some VNL at 3 coats. I think four would do the trick for opacity. 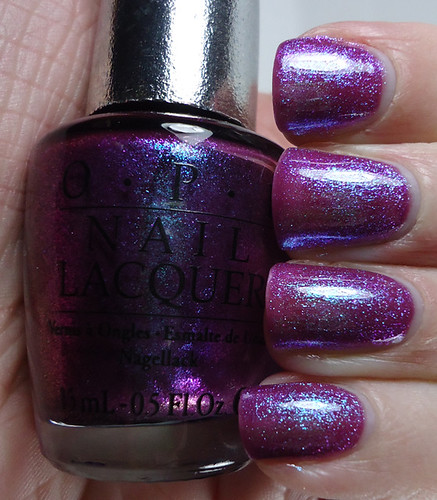 Royal is probably one of my favourite DS shades (along with Glamour and Fantasy) – although I really don’t see what separates the line now from regular OPI shades. I don’t even recall what the latest releases were (was it Lapis?). I haven’t seen anything recently that would even justify paying more than a regular OPI shade. Perhaps it’s time to put the DS line to bed.