I’m utterly exhausted today, which is probably a good thing because it will prevent me from getting over-excited about writing this post and ending up with a CAPS FILLED MESS OF HYPERBOLE. Instead, I can be cool, calm, and collected as I tell you that “F*ck yeah, I own Hard Candy Sell Out, motherf*ckers.” 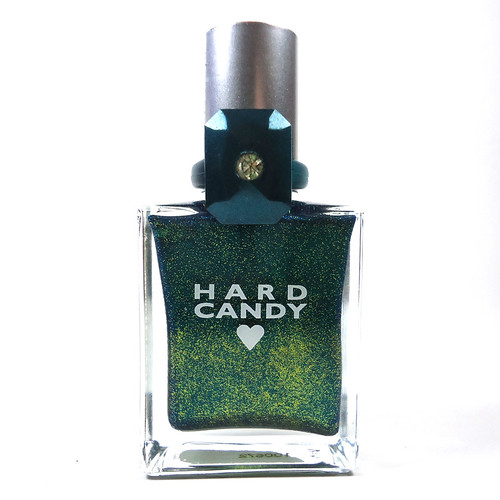 Look at it. LOOK AT IT. LOOOOOOOK. It’s AWESOME. You know what makes it even better? It was a gift! A beautiful, magical gift! Thank you thank you, Bella! *swoon swoon* 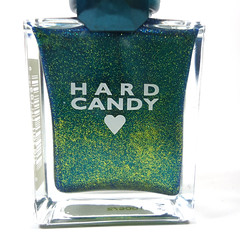 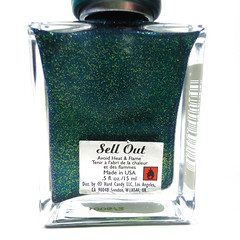 Sell Out is known as Sellout in the UK, and was not part of the original Hard Candy square bottle lineup. Sell Out can only be found in the later rectangular bottles and are just as hard to find as the old square ones. My research places Sell Out at around 2003 but if someone knows better, please feel free to correct me. 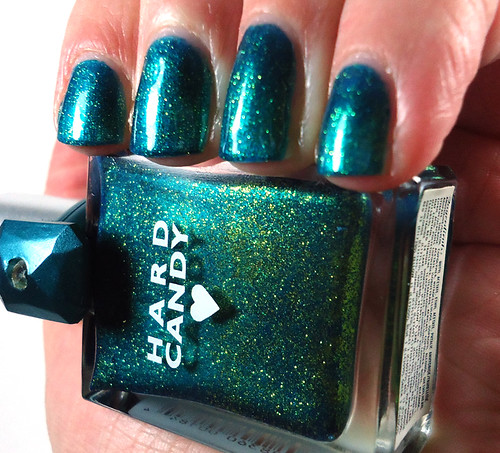 My pictures look bluer than it actually is – Sell Out is that amazing Green/Blue/Teal that just refuses to photograph correctly. Most of the time glitter in a shimmer polish looks just plain awful but the gold micro glitter somehow doesn’t make the shimmery jelly base bumpy. It’s a masterpiece. Hands down, the nicest polish Hard Candy has ever made. Ever. 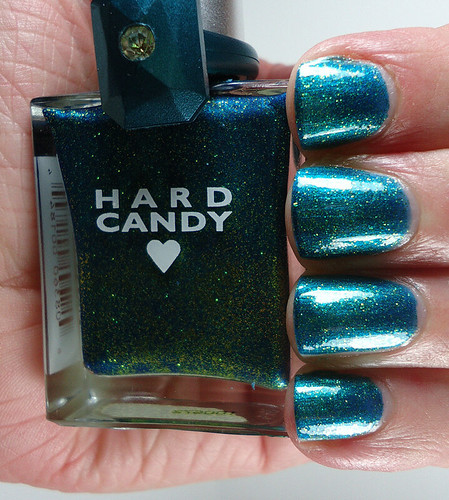 Hard Candy was sadly reduced to a Walmart brand in 2009 which has turned a high-end brand into… well… low-end crap. Some of the new polishes are nice, but overall, I’ve been far from impressed. Walmart’s acquisition of the brand was meant to attract high-end shoppers, but it seems to have backfired and Hard Candy is now a shadow of its former self. I guess the Walmart stigma is a tough one to shake.

I guess I will have to just enjoy my Vintage Hard Candy polishes and reminisce sweetly.