Another day, another green! And the one I have picked for you today is super gorgeous! Apologies for the sub par swatches, my swatch mojo was just zero yesterday so before I hurt your eyes with this hot mess, head on over to Steffels to see some amazing swatches and to find out why I wanted this one so damn hard. (Wherever you are out there in the Universe Stef, know that I miss you gurl!) 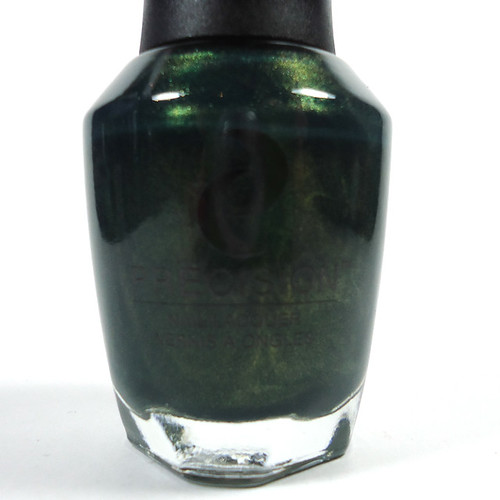 Precision Poison Ivy gets ticked off the 2014 Wishlist thanks to the vintage polish fairy (aka Carey!) who sent me this gorgeous polish with a pile of other wishlist lemmings a few months ago in what will henceforth be referred to as Swap of the Century. 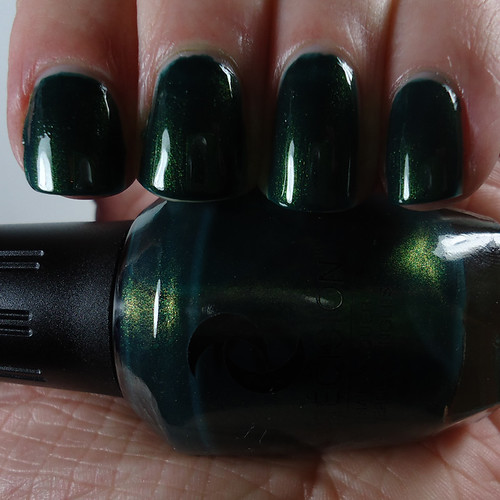 My pasty white skin pulls way more teal from this shade than the emerald green I saw in Stef’s swatches but I am still totally in love. I just wish I could have taken better shots of it so you can all see what the hell I am waffling on about. The golden shimmer just makes it a chameleon. Is it green? Is it teal? I know what it is, and that’s SENSATIONAL. 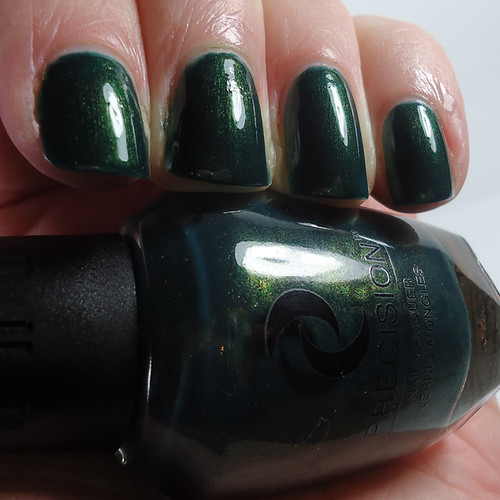 This shade was a part of Precision’s 2011 Toxic Love collection (not to be confused with Misa Poisoned Passion), and had a bunch of really beautiful colours like Intoxicated (kind of reminds me of Cowgirl Up) and Toxic Wast-ing my Time which might steal the award for the corniest name from OPI if they hadn’t trumped that one with “Uh-Oh Roll Down The Window”. A fart joke, Suzi? Really? (Not gonna lie, I bought it. I love fart jokes, but I’m far less classy than I assumed Suzi to be). 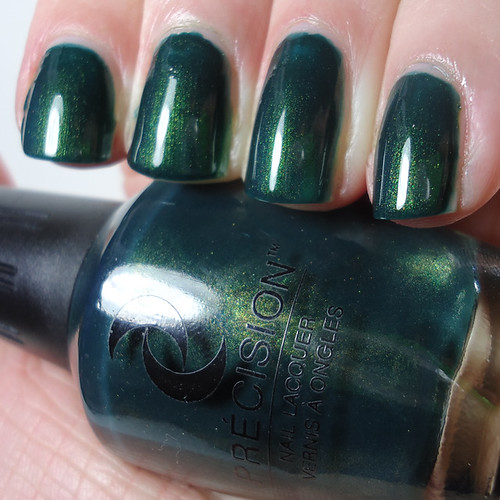 Overall, a big giant thumbs up for this amazing wishlist shade. I’ll probably re-swatch down the track and I hope I can capture its amazingness when my swatch batteries aren’t so flat (or faulty). I only wish Precision polishes were easier to find because I think I’d have a lot more of them by now. (Toxic Wast-ing My Time may just have to make an appearance on my 2015 list!)