Urgh. They can’t all be winners, right? I think I am still in a little bit of shock over how much I disliked this polish on SO MANY levels. I hate hate hate writing negative reviews, but I also have to be honest with you as well, so here goes. 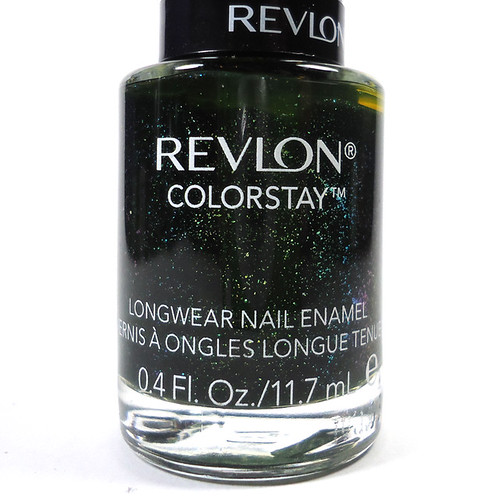 Today’s Green September entry is a relatively new number from Revlon. Meet Rain Forest from the Color Stay line. I had such high hopes for this one. It was even on my wishlist for ages until I managed to pick it up for a few bucks from Ozsale. Boy, am I glad I didn’t shell out full price. 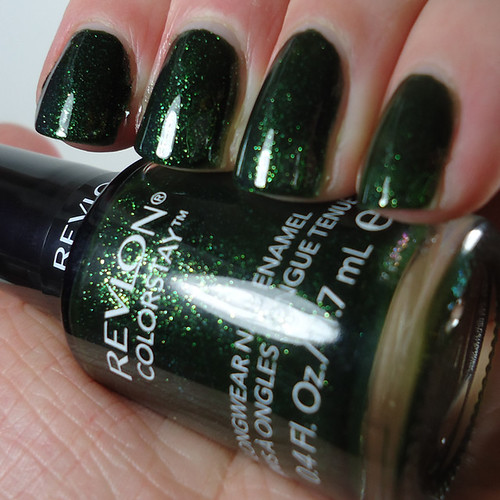 My biggest issue with this polish was the formula. It was that horrible kind of runny that just slides off your nail and hightails it straight for your cuticles. I’ve dealt with runny, troublesome jellies in the past, but this is from a whole other planet. When I did finally manage to get it to stay put in the middle of my nail, I then realised that even after three coats, it was still patchy. I had to go four. 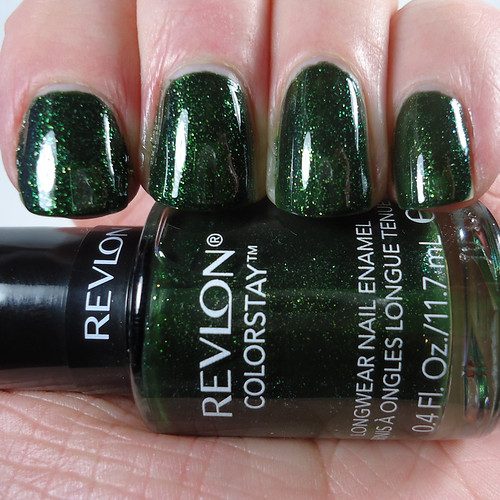 Of course, once you break that three-coat barrier, your nails start looking like they have fifteen coats on, and appear wonky and misshapen. Ladies, this polish got my wonk on. I’m almost afraid to share these swatches because I dislike them so heavily. 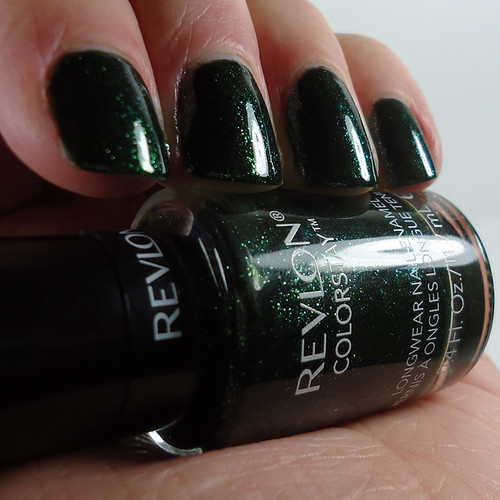 It’s such a shame though because the polish itself is really pretty if only the formula would behave. The golden-green sparkle has a blue flash on the very edge, which you can see here in this photo. I love how the glitter particles are flakes rather than uniform hex. I love the deep green of the jelly. Rain Forest, it could have been love. You and I could have skipped merrily through the meadow, hand in hand. But no. You had to be an asshole.

If you’re into self-loathing and punishment, this one should still be readily available, even though I am fairly sure it has been discontinued (I haven’t seen it in stores over here for some time, but that could just be backward ass Australia). However, if you are the Rembrandt of nail polish application, you should give this one a go. I know I’m not the shit and I will happily admit defeat on this one, but if you want to see what this polish really should look like, here you go. (Bow down before the master!)