Our next Green September entry is something a little different – and much like my Sally Hansen Techno Teal Matte, the pics tend to lean more blue than green, as is the way with most teals. I’m not sure how old L’Oreal Disco is, but they definitely don’t make polish like this one anymore. 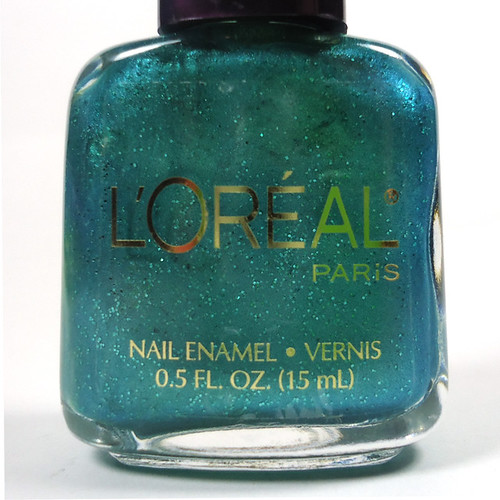 This one was on my wishlist for a good while (and I finally picked it up earlier this year), not because I was dying to own the colour, simply because it was totally bizarre (and green, but you all probably guessed that). Disco is an odd duck (it just felt right to say that don’t sue me) and a pretty good reminder of why glitter particles and borderline frosty shimmer polish just don’t work. 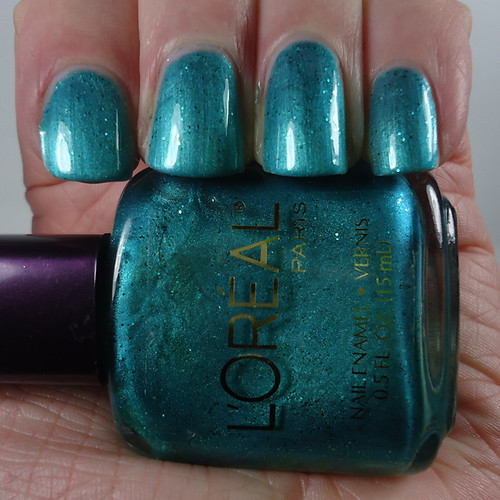 Don’t get me wrong – it’s not awful. I definitely don’t hate it. I’m just not entirely sure that it works at all. I love the glitter sparkle. I love the shimmery base. I’m just not sure they’re BFF’s. I have another polish like this one – Fuso 42, brought back from HK for me by the lovely Carli of Vintage Musings of a Modern Pinup and I adore that one, the green is foily and metallic and unlike anything else, and the holo particles are small enough to not make it bumpy. 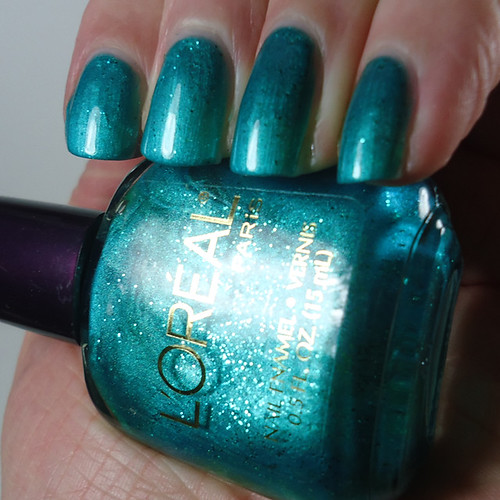 Despite the bumpiness caused by mixing glitter with shimmer, the formula was pretty good, but you tend to get that with older polishes that contain Toluene. I used three thin coats, but two probably would have been fine. 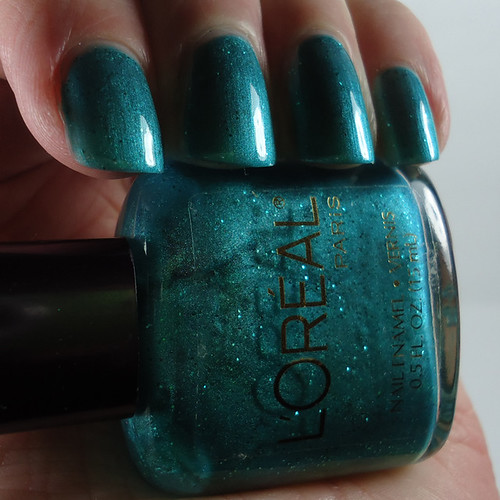 L’Oreal Disco is nice to own as a vintage polish item, but I won’t be in a hurry to wear it again (if I ever wear it again!). It’s an interesting reminder of a time when there was far less scrutiny on nail (and beauty) products and the consumers weren’t so unforgiving of a sub-par product or formula. I find a bunch of my vintage shades (especially from “drugstore” brands) to be either sheer or kind of weird, but nowadays with nearly everything being reviewed by someone, you just don’t get odd ducks like Disco.