For some reason, writing today has been like pulling teeth. I have the pretty pictures. I have the time, even. But finding something interesting to say is proving difficult. I kind of feel like I am melted to my couch right now. I don’t really want to move or do much, but if I don’t try and pull myself out of this funk I’ll wind up squandering Green September, and I have SO MUCH MORE TO SHOW! 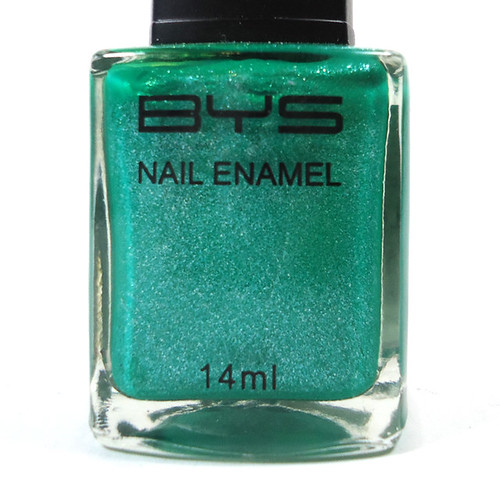 (So yeah, apologies if this entry is sub-par. You can just look at the pretty pictures, k?)

Today’s Green September shade is from Aussie budget brand BYS. It’s called Wham Bam. And before anyone has a chance to wonder, yes there is a matching polish in a slightly different shade of green called Thank You Ma’am. It’s weird. They aren’t complimentary or anything, they just look slightly different. Like a batch error or something. I have no idea what they were meant to be or what they were trying to achieve, but I bought them anyway because, well. Green. 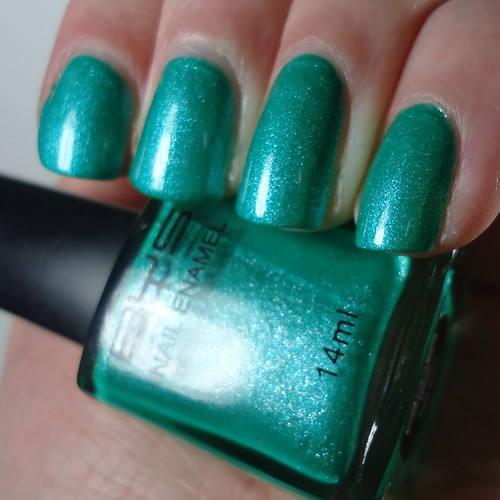 I mentioned BYS is a budget brand earlier and as nice as some of their colours are, they are definitely bottom rung budget. The brush handles are the worst I have ever come across (and I have seen a lot of polish) and the glass bottles are cheap. The polish is manufactured in China and has that burn-out-your-nostril-hairs-Kleancolor brand of chemical stench. Somehow I feel like it’s in my best interests to keep my daughter away from these, rather than my 25-year-old chemical-laden OPI’s. 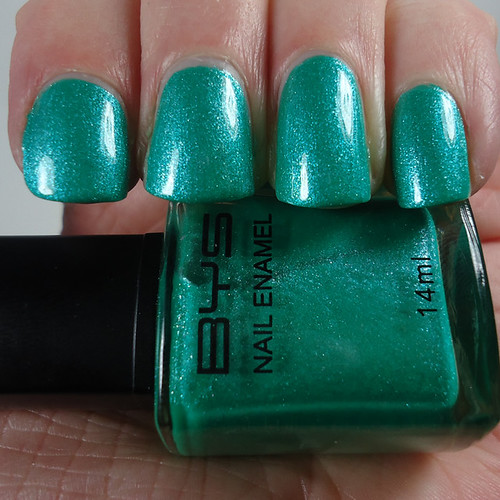 Despite the potentially carcinogenic chemical cocktail within (I am making no claims here, I promise BYS but man the STANK), the price point is pretty good if you’re looking for a cheap pop of colour. BYS shades sell at Gloss stores (NSW), Kmart and a few other places for between $4.00 and $4.95 and the colour range is MASSIVE. I have a bunch of them and for the most part, formula and coverage is great. No issues with the brush on this polish either although I have had issues with splayed bristles on other shades. But for four bucks a pop I just suck it up and deal. 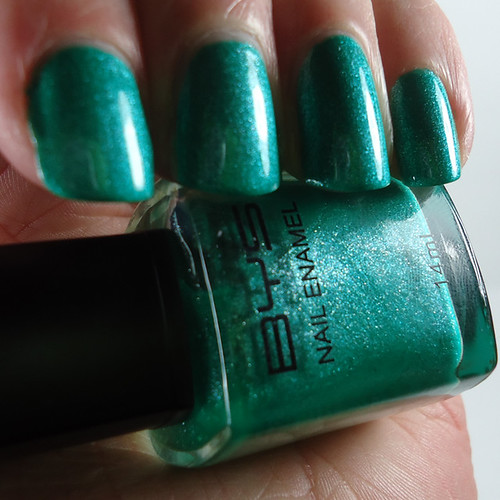 BYS Wham Bam (and Thank you Ma’am) is a really great green (much greener IRL) packed full of silver shimmer. It looks a little like China Glaze Turned Up Turquoise in my swatches but it’s really way more green than turquoise. It’s just one of those colours that doesn’t photograph correctly. This is three coats. Overall, I really like BYS polishes and this is a great example of quality you can expect from the majority of the line. Just make sure your nostrils are prepared for the incoming assault.